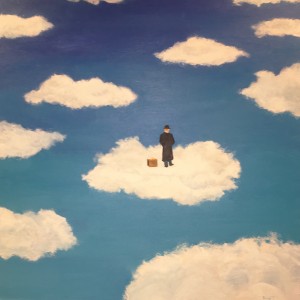 My latest painting is getting views from around the world.

My most recent painting, titled, “The Traveler” has literally taken off, being viewed across the United States and in countries around the world via my http://tom-blood.pixels.com website.

Normally, when I post a new painting, it may garner 50 initial views the first day and then, depending on how popular the painting is, continue to get views from time to time. Early next week, my website should go over the 10,000 view mark which is pretty cool considering I’ve only had it since July and I don’t do all that much to promote it.

Yesterday, I finished up my most recent painting and put “The Traveler” onto my pixels website around 9 pm along with my other website for art: http://bloodlinesart.com as well as on Facebook, ArtLoupe and twitter.

This morning when I checked in, I was amazed – ‘The Traveler’ has already had more than 300 views and more keep rolling in by the minute.

It’s always fun to see where the views are coming from – currently, people in 22 different states across America have checked it out. Not bad for less than a day of exposure. What’s really fun though is the list of people from other countries who have taken the time to view this painting. Canada and Mexico are nice. Germany, England, Ireland, Italy, Austria, France, Belgium, the Netherlands that’s all pretty cool. But when you’re getting views from people in Bosnia & Herzegovinia, Pakistan, Slovakia, India and Cambodia it makes you say, “Wow, ‘The Traveler’ must have some worldwide appeal.”

If only people liked it enough that they would consider buying it – or at least an item featuring it, be that a re-print or a tote bag or iPhone cover. Those items aren’t very expensive at all and it certainly does make a rather striking impression. 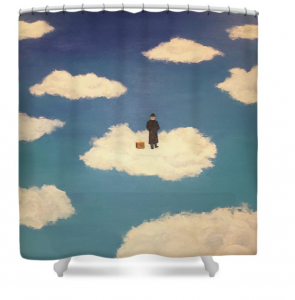 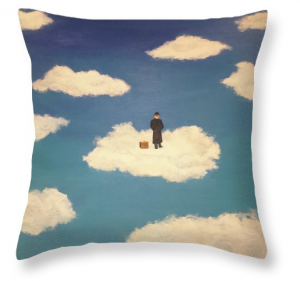 Imagine having The Traveler as a shower curtain or perhaps on a pillow.

He’d make a great image for a tote bag, too, traveling wherever you go.

Or consider having him travel with you as your new iPhone cover.

You can purchase any of these items (along with other things like coffee cups, greeting cards and beach towels featuring my art) via http://tom-blood.pixels.com – which is home to lots of my other paintings in case you’ve never checked it out. I’m hoping that one day, I’ll be able to turn those 10,000+ views into 10,000 plus purchases.

So check it out if you’re interested – wherever you may be.

And safe travels, wherever you’re going.