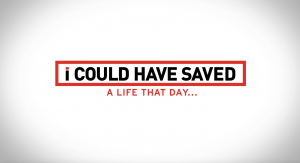 Brinkmann Constructors’ safety video tells the powerful story of taking action versus standing by when it comes to safety.

Brinkmann Constructors was in need of a new safety video.

Safety is a key component of everything that Brinkmann Constructors does. This employee-owned construction company, headquartered in St. Louis, Missouri with offices in Kansas City and Denver knows how important safety is every day, at every job site, with every worker – especially since many of those workers are contracted. So with every new project, there’s the potential to have a whole new crew of workers – and it’s vitally important to assure that these workers know all of the safety measures that need to be taken to assure each one of them goes home at night.

So they wanted a safety video that wasn’t your normal safety video – one that told a powerful story and that wouldn’t be ignored two minutes into the overview.

Like many projects that I work on, it was a true collaborative effort. In this case, I was called in by Jeff Fuelling, president of Pickett Productions (In the past year, Pickett was bought and is now known as CG Studios.) Jeff was the project lead and had also brought in Mike Martin and Michelle Anselmo of Mike Martin Media as part of the team.

I would be the copywriter/Creative Director on the project, Pickett Productions would supply the graphics and post production and Mike Martin Media would handle the shooting, casting, voiceover recording and the initial edit.

At our first meeting, we met with Tim Myatt, Safety Director at Brinkmann along with Miranda Hill, Preconstruction Coordinator and Ted Hoog, Brinkmann’s Vice President of Operations. They provided an overview of the Brinkmann safety process and emphasized the need to do something different with this video that would keep the viewer engaged from start to finish.

The poems deliver the exact same scenario at a construction site – the only difference being the actions taken by a construction worker. Rather than stand idly by when they see something going on that they believe is not quite right, they take action. And by taking action, they help prevent what could have been a life-altering accident.

Tim mentioned that everyone always seemed to pay attention during those parts of the presentation. The meeting wrapped, and we had our assignment. Create a video that would grab and hold the viewer’s attention from start to finish.

We were bidding against two or three other production companies. All had essentially been given the same download. Our task was to deliver a concept that would win us the job.

The creative process began. I researched other safety videos. I researched safety statistics regarding the construction industry. Initially, I had about five approaches that I then narrowed down to three. One followed a worker from the start of his day through the end, telling the safety story from a first-hand experience while still delivering all the key info that had to be covered. The second approach was very graphics driven, with key facts and statistics being emphasized as well as a range of different workers shot in off-site situations providing their particular reasons why they work safe each day – because there’s a lot of ball games still to see, graduations to attend, meals to enjoy, etc.

We were fairly confident going in that the third approach would be the winner. The idea was simple. Take the two poems, and deliver them throughout the video, interspersed with key safety facts and figures. The viewer wouldn’t just be read the poem, they would see the poem brought to life – seeing the fatal consequences of not acting and the positive consequences of taking action.

Our production team worked out some budget parameters and developed a rough timeline. We made our presentation.

A few days later we received the news. “I could have saved a life that day” was a go.

Then the real work began.

This is the first of three blogs regarding this project. BloodLines Creative works in partnership with a variety of creative resources. If you’re looking to tell a story via video, or have any other marketing communications needs, we can assemble the team ideally suited to get the job done – on time, on budget and with big idea thinking delivered in an impactful way.

This summer, there will be a gorgeous pool here, overlooking this gorgeous view.

I’ve had the privilege the past two years of working on an account that’s in the business of building pools. They do awesome work and I am continually impressed at the end result of their efforts.

Similar to advertising and marketing, it’s a process. First and foremost, you have to be invited to pitch the business. Then you need to convince the buyer that what you offer is going to be the ideal solution for them. Once you’re awarded the job, you’re expected to deliver and it takes a lot of hard work along the way to get the job done right.

This past week, I went to visit one of their current clients where work is in progress. It was a cold, dank day. The wind was blowing and rain or sleet was expected later in the afternoon. Still, there was a story waiting to be told.

This pool was going to be built on the side of a hill, ultimately resulting in a gorgeous view overlooking the valley below. But in order to do that, about 600 tons of rock needed to be moved in order to flatten out the hill and build a base.

That’s truly laying the groundwork for a pool.

During my visit to the site, I took a few moments to ponder my surroundings. Here I was, in what seemed like the middle of nowhere. All was quiet. No birds chirping and nobody in sight as far as the eye could see.

Just me, taking a few photos of a bunch of rocks that had been spray painted to outline the perimeter of the pool. There was a solitude to it all and for a brief moment, I took in the view and felt a sense of gratefulness.

A few days before, I didn’t even know this project existed. But there I was, documenting the work that had been done to date. It’s going to be a magnificent pool when it’s all said and done.

But there’s still a lot of work to do.

For them, and for me.

Want compelling copy and cut through creative with your advertising and marketing communications? Want it for a fraction of what you’d pay compared to if you hired a full-service agency? Call BloodLines Creative today. You’ll be glad you did.